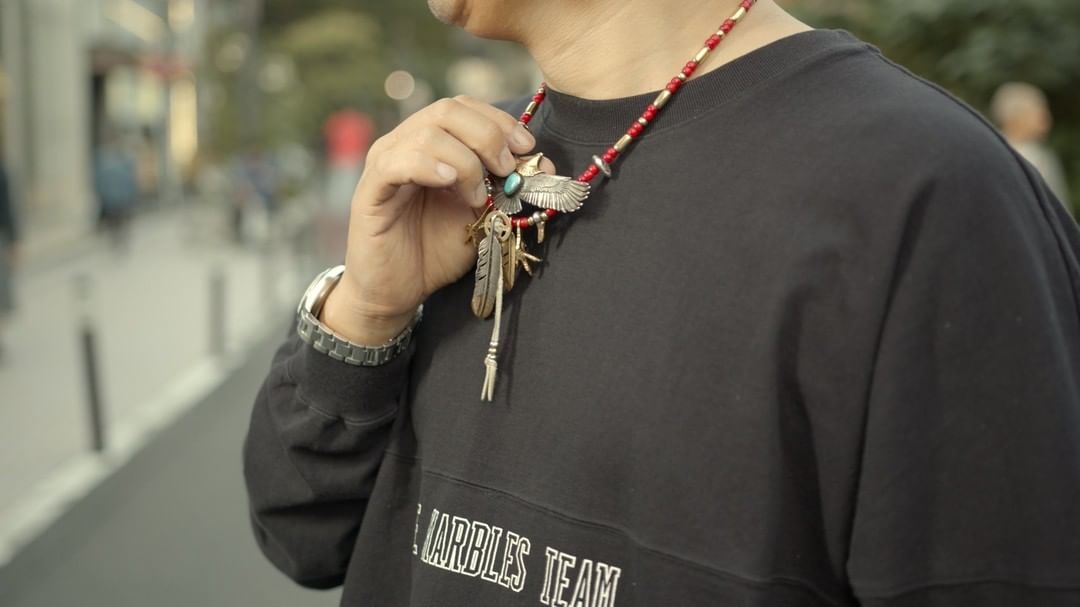 The Eagle that can fly the highest was believed to be the closest being to god in the culture of the Native Americans. The Feather of the Eagle has been said that it can deliver people's wishes, hope, and prayer to god.

The Feather is used for several occasions. First, it is used to communicate with the god and for the purification ritual. Second, it is gifted to people as proof of bravery, as well as proof of a strong relationship.

As the founder of goro's, Goro Takahashi is famous for the culture of Native Americans. The Feather motif has been seen as an embodiment of it.