Goro first learned how to carve leather from a US occupation troop soldier during his teenage and later opened his first shop in Aoyama, Tokyo in 1966 at the age of 27.  Due to his deep belief and admiration towards the lives of the Native Americans, he moved to the USA and became the first person who was given the title from the Native American tribe, “Yellow Eagle”  by a Sioux tribesman.

After his return to Japan, Goro moved his shop from Aoyama to Harajuku, also in the heart of Tokyo. He added this Native American style to his creative design sense, which elevated his jewelry to an even higher level.

Many celebrities around the world including Eric Clapton, G-DRAGON from Big Bang, Hong Kong actor, and singer Shawn Yue, and premier Japanese celebrities such as Takuya Kimura from SMAP, Anna Tsuchiya, TAKAHIRO from Exile are fans of goro’s.

Goro Takahashi left this world in December 2013 and goro’s products have become legendary and continue to fascinate people around the world. 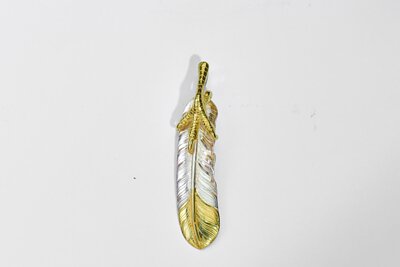